Steve Jobs, the visionary computer maven who, with Steve Wozniak, founded Apple in 1976, and twice became the company's CEO, died today of pancreatic cancer. The brain behind revolutionary products such as the Macintosh personal computer, the iPod and the iPhone, Jobs left Apple in 1985, but returned again as CEO in 1997, overseeing one of the most creative and profitable phases of the company's life. Considered one of the most inventive, innovative and savvy business tycoons in U.S. history, Jobs was also a charismatic leader, inspiring and leading generations of computer inventors.
Postado por Raul Reis  às 22:13 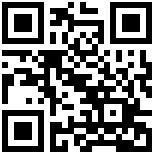